Why It Isn't Veterans Day

This Memorial Day Weekend we wanted to share with you some background on what we feel is one of the most important holidays of the year.  We need to begin by noting that we’re excited as you are about the unofficial kick-off to summer.  We’re lucky to live and work in one of the most beautiful vacation destinations in the world where Memorial Day Weekend signifies an unofficial start to the summer season.  The bunting is up, BBQs abound, beach days begin, and the scent of bonfires fills the air.

And while Americans enjoy this celebratory weekend, it’s important that we all take time to recognize the true meaning – a meaning that is specific to offering recognition and remembrance to those who died while serving in the US Armed Forces.

Different from Veterans Day (celebrated November 11), Memorial Day is always celebrated the last Monday in May, and is a nationally recognized holiday specifically paying tribute to those who died serving in the United States Coast Guard, Marines, Navy, Army, and Air Force.

The history of Memorial Day began on May 5, 1868, three years after the Civil War had ended when the head of the Grand Army of the Republic (GAR) established “Decoration Day” as a time for the nation to decorate the graves of the Civil War dead with flowers.  Major General John A. Logan declared that Decoration Day should be observed on May 30, a date rumored to be chosen because it was late enough that flowers be in bloom and available throughout the country.  By the 20th century, “Memorial Day” eventually extended to honor all Americans who died while in the military service.  The National Holiday Act, passed by Congress in 1971, made the date an official holiday.

So while each and every day should offer an opportunity to thank a living veteran who has dedicated their time to preserving our freedoms, this Memorial Day please remember those who made the ultimate sacrifice recognizing that “while all gave some, some gave all”.  Our thoughts go out not only to those who died serving, but those who lost loved ones.

Thanks for reading.  From your friends here in Downtown Good Hart, we wish you a very safe and celebratory Memorial Day Weekend.  God Bless America. 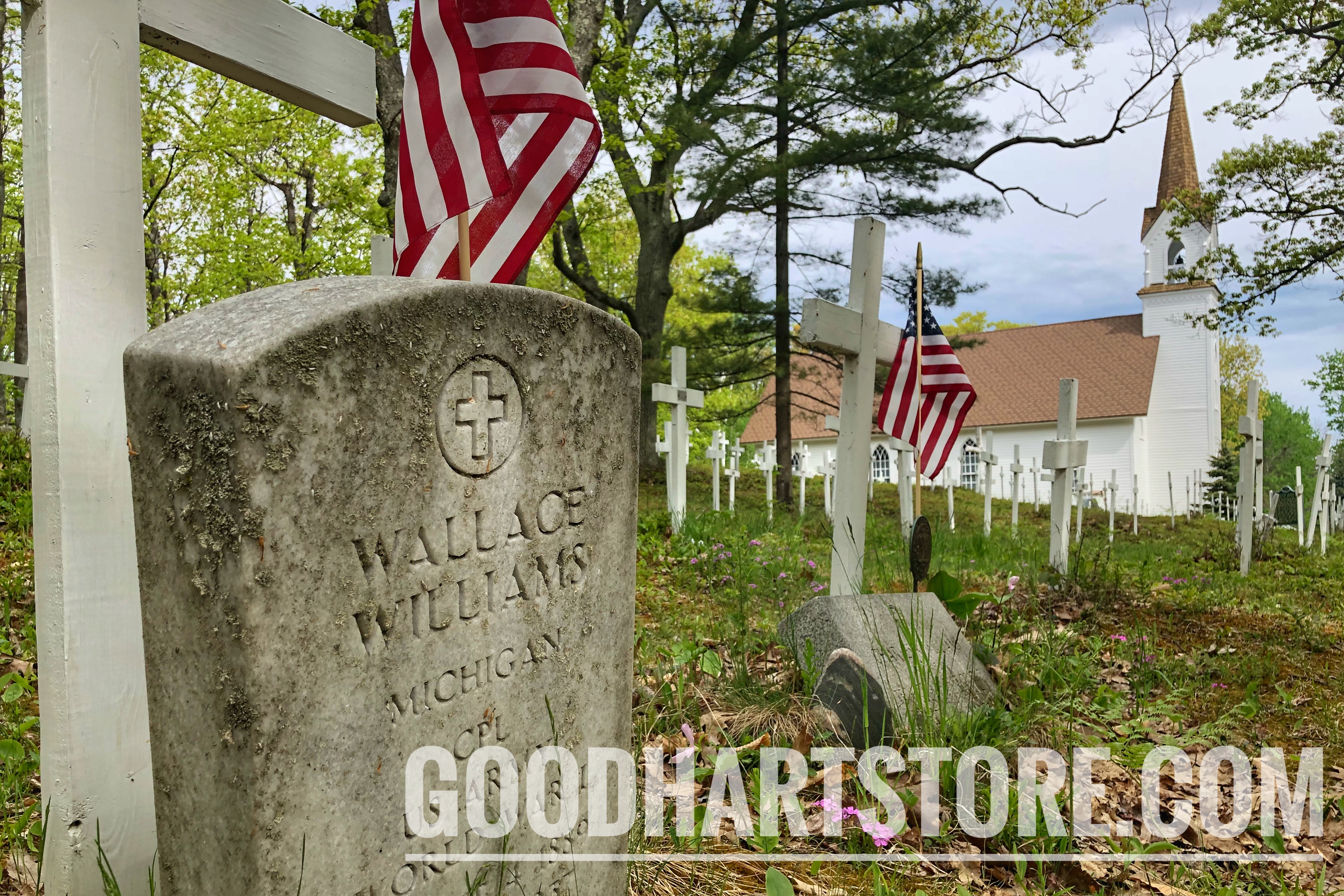 Why It Isn't Veterans Day