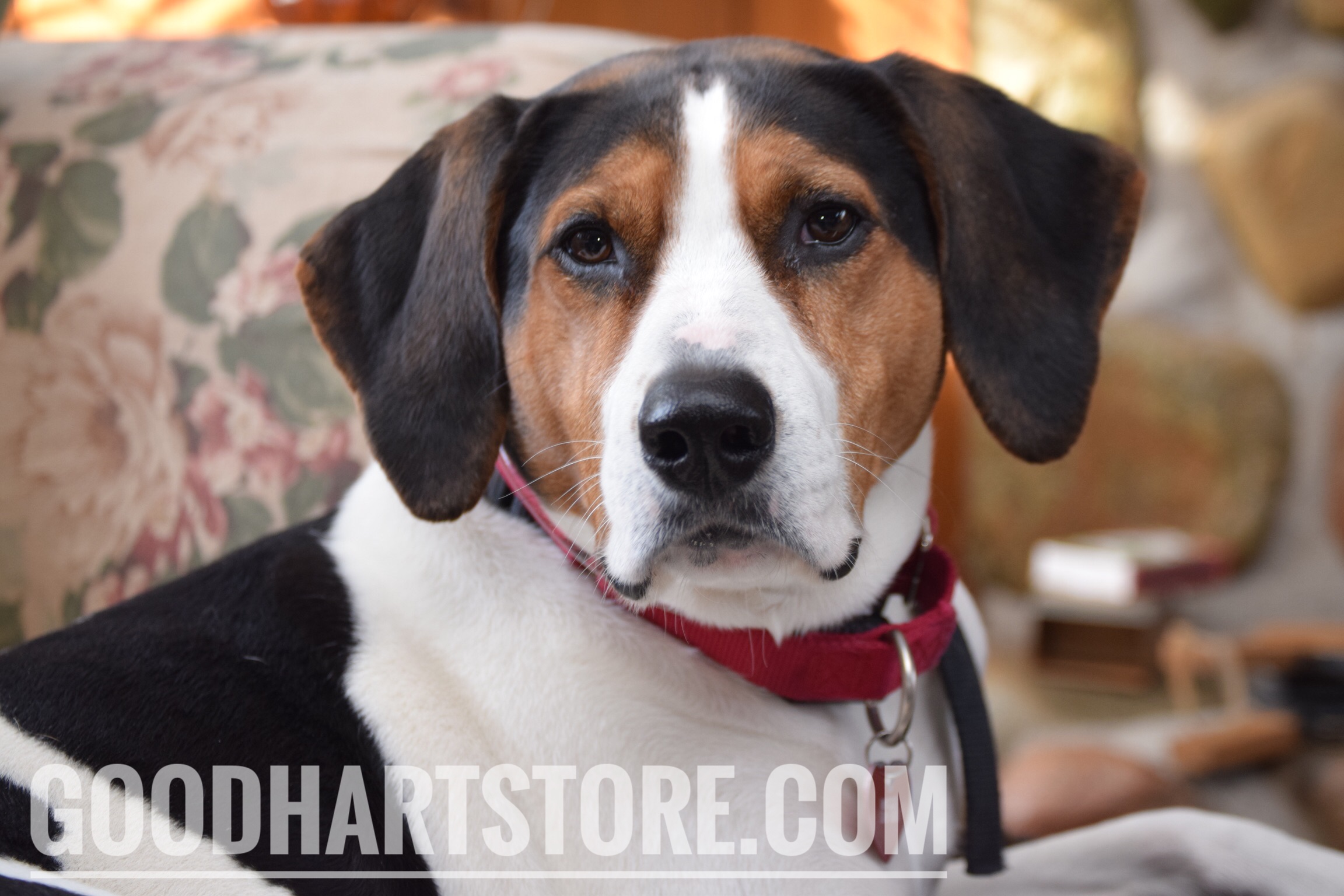 Say Hello to Maggie The Hound

Maggie is the resident hound here in downtown Good Hart.  As the “new hound in town”, she's done a fabulous job representing us these past few years.  Maggie was adopted just two weeks after the sad and unexpected passing of Jessie the Hound, our beloved rescue walker coonhound that did the finest job any dog could do being the face of Good Hart for over 8 years. Maggie’s was bounced around a bit in her short life but she finally settled in here and we’re thrilled to have her running our show.  Maggie's the one who emails our customers so be sure to sign-up for her updates and you'll be in the know on all things Good Hart. 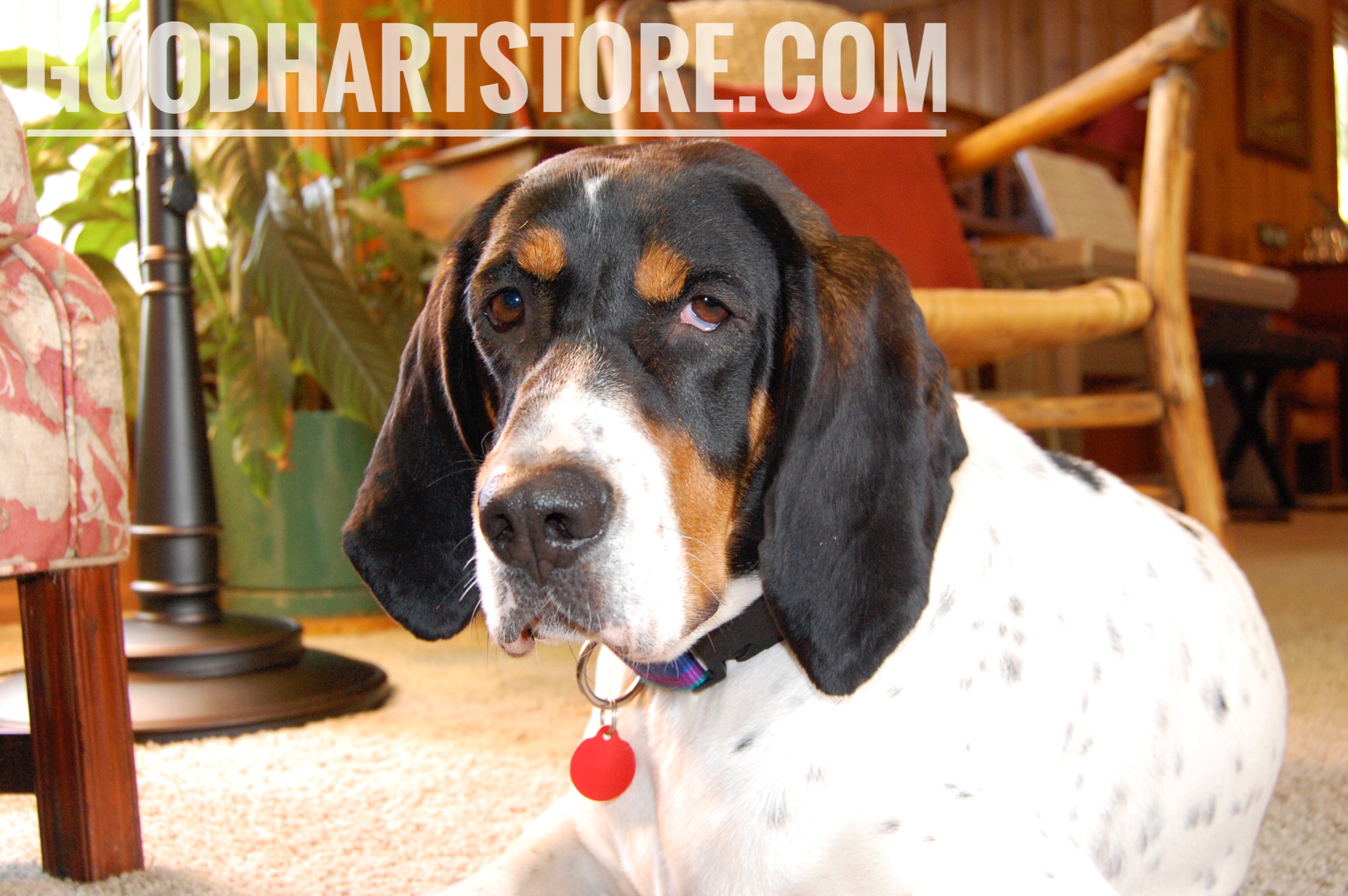 A message from Jessie:
In August, 2007, the lady from the Good Hart General Store found me at the Little Traverse Bay Humane Society’s Howl at the Moon event.  We clicked right away and I followed her around all night long hoping to be adopted.

SURE ENOUGH – IT WORKED!

She and her husband Jim adopted me and the rest is history.  When I got to Good Hart I met Skilly – a fancy and beautiful golden retriever who had been in at the store since 1996.  A sad time came soon after I arrived as Skilly lost her battle with cancer and went on to the rainbow bridge.

Before she left, Skilly taught me everything I needed to know about Good Hart.  I spent my winter days curled up in the Post Office – out of the cold and snow – and where the awesome UPS guy would give me treats every afternoon.  Then in the summer, I got to hang out with all the nice people that came to the picnic area.  I sure did have a great life here in Good Hart!!

After a long and wonderful life, God suddenly took me to be with Skilly and Mackinaw and the rest of the Good Hart dogs on March 2, 2015.  I felt bad leaving everyone so suddenly, but I have to admit that I’m happy to see they’ve already picked up another good looking HOUND in Maggie!  Nice to know, I’ve left a hound legacy.  I sure hope Maggie is loving Good Hart as much as I did and to all the visitors that come and go – enjoy your time in this beautiful part of the world!!  See you on the other side!

Love and Peace in Good Hart,
Jessie The Hound 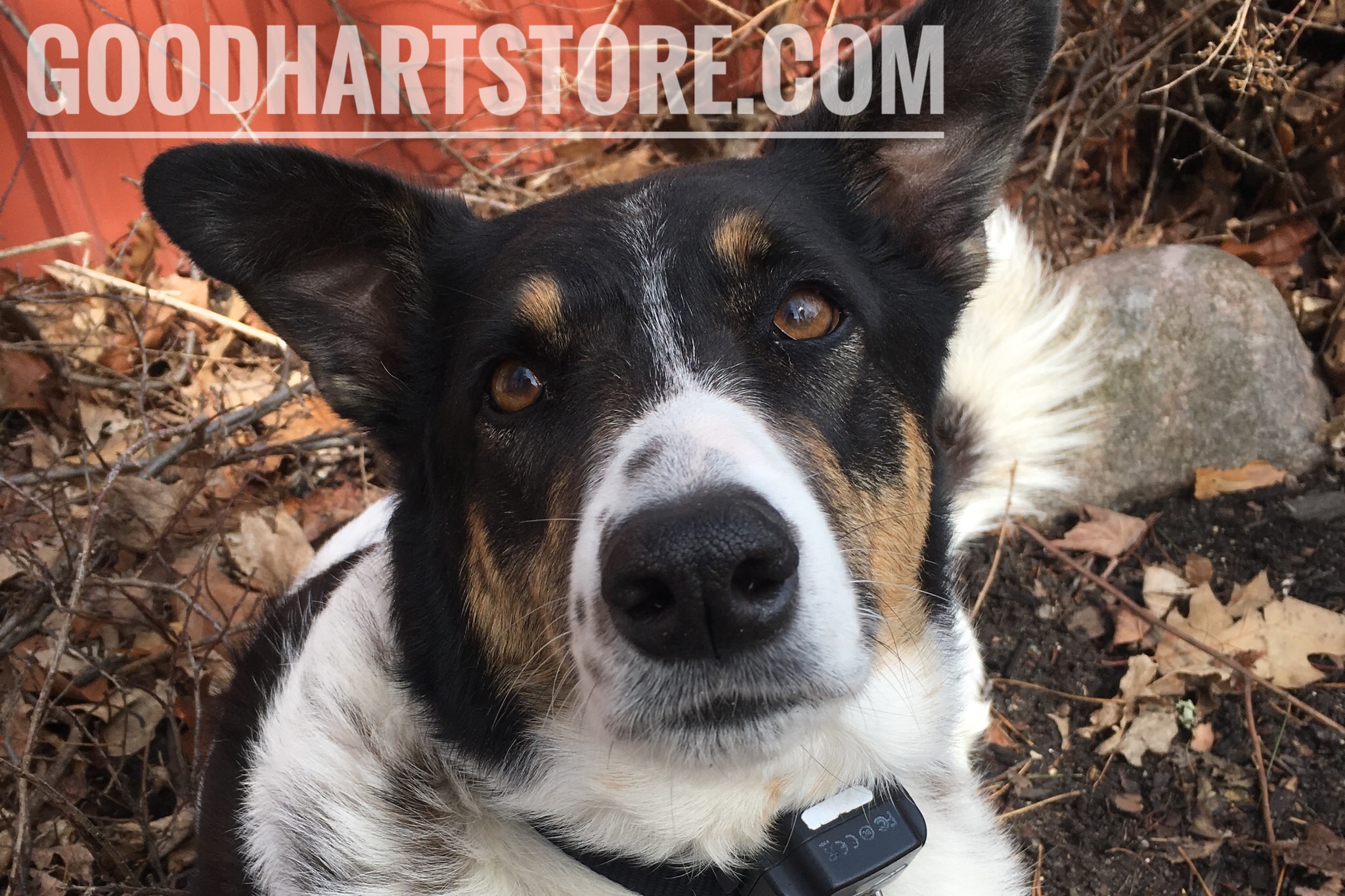 And This is Renie

Renie's no hound, but she is another rescue pup.  Renie was adopted in August of 2011 and she’s named after Hurricane Irene.  She' super sweet, but a little goofy – just look at her big ears!  Renie lived in the Bahamas and what's called a Royal Bahamian Potcake (translate, island mut) and she was going to be euthanized before Hurricane Irene.  But instead, a team of US and Canadien humane societies got together and flew Renie and 87 other Potcakes to the US where they were adopted through shelters like ours!  And here she is in Good Hart.  Renie asked that we say hello to you because she isn’t allowed to use the computer.  She isn’t even a US citizen that we know of.  Eeek.

Both Jessie and Renie were brought to us from the good people at Little Traverse Bay Humans Society and Maggie was adopted from a rescue in Grand Rapids.  Visit the LTBHS website to see the loving dogs and cats available for adoption or to inquire about volunteering or contributing.  Maybe you’ll be lucky enough to be a forever home for one of these amazing furry friends. 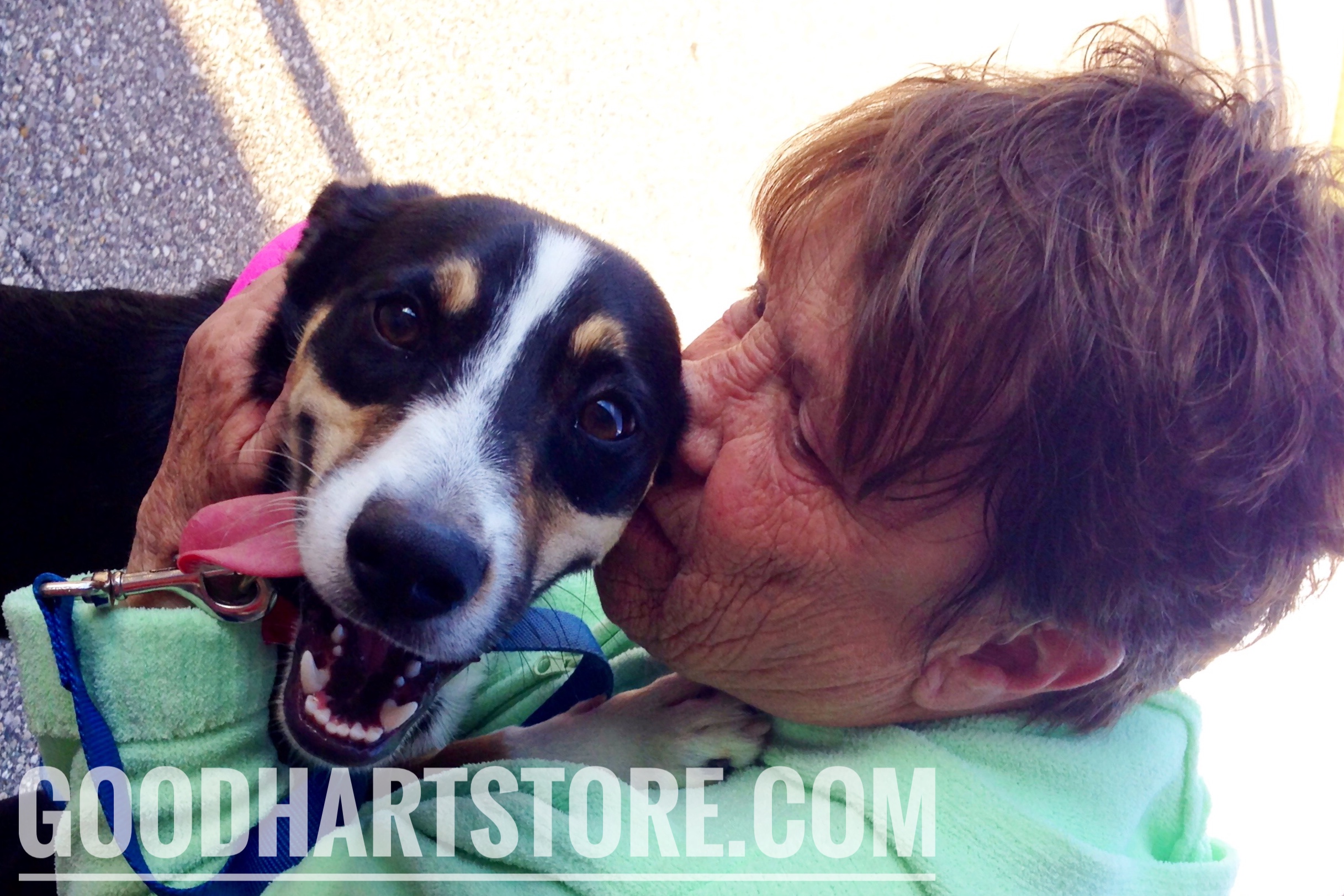